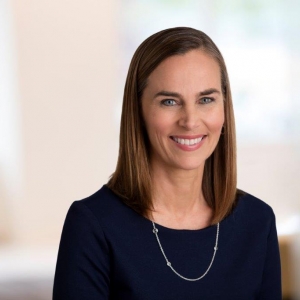 Kathleen (“Leeny”) K. Oberg was appointed as Marriott’s Chief Financial Officer, effective January 1, 2016. Most recently, Ms. Oberg was the Chief Financial Officer for The Ritz-Carlton since 2013, where she contributed significantly to the brand’s performance, growth, and organizational effectiveness. Previously, Ms. Oberg served in a range of financial leadership positions with Marriott. From 2008 to 2013, she was the Company’s Senior Vice President, Corporate and Development Finance, where she led a team that valued new hotel development projects and merger and acquisition opportunities, prepared the Company’s long-range plans and annual budgets, and made recommendations for the Company’s financial and capital allocation strategy. From 2006 to 2008, Ms. Oberg served in London as Senior Vice President, International Project Finance and Asset Management for Europe and the Middle East and Africa, and as the region’s senior finance executive. Ms. Oberg first joined Marriott as part of its Investor Relations group in 1999.

Before joining Marriott, Ms. Oberg held a variety of financial leadership positions with such organizations as Sodexo (previously Sodexo Marriott Services), Sallie Mae, Goldman Sachs, and Chase Manhattan Bank. She currently serves on the Adobe Board of Directors. She earned her Bachelor of Science in Commerce, with concentrations in Finance and Management Information Systems from the University of Virginia, McIntire School of Commerce and received her Master of Business Administration from Stanford University Graduate School of Business.

© 2021 Leadership for a Networked World. All Rights Reserved.

© 2021 Leadership for a Networked World. All Rights Reserved.