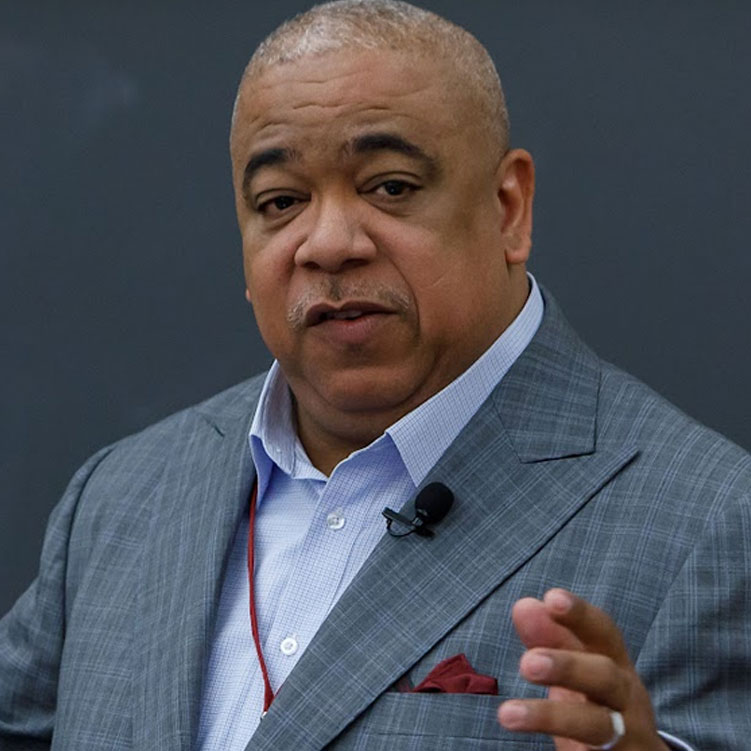 Pursuing Transformation in the “Tug of War” in Policing: Leadership Insights from Baltimore Commissioner Michael Harrison

In the course of more than three decades in law enforcement, Michael Harrison, the Commissioner of the Baltimore Police Department, has had to navigate a wide array of challenges.&nbsp;After joining the New Orleans Police Department in 1991, he gradually climbed through the ranks of the organization before becoming the department&rsquo;s Superintendent in 2014. In that role, Harrison helped the agency navigate a federal consent decree at a time when the Department of Justice had referred to the organization as &ldquo;the most troubled department in America.&rdquo; Then, in 2019, he became the Commissioner of the Baltimore Police Department, which was also operating under a federal consent decree but represented a very different type of challenge. Whereas he had been an internal candidate in New Orleans who had to lead transformation among longtime colleagues, he was now &ldquo;the outsider&rdquo; in Baltimore who was being brought in and had to build trust to effect change in a broken system.&nbsp;Across these experiences, Harrison observed a &ldquo;tug of war&rdquo; in policing in which leaders have to navigate a variety of competing forces involving community groups; local, state, and federal elected officials; department personnel and unions; and a range of priorities. At the <strong>2022 Public Safety Summit: Leading into the Emerging Future</strong>, Harrison identified a series of strategies involving a leader&rsquo;s mindset, external stakeholder relationships, and department culture that one can use to manage these difficult dynamics and effect positive, sustainable change. 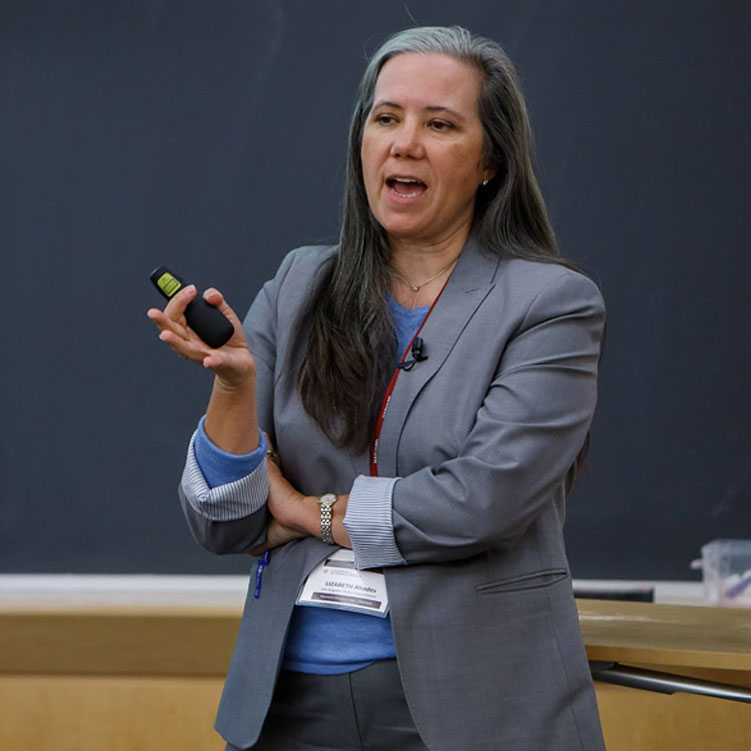 Leveraging Technology To Become A Learning Organization: Lessons from the Los Angeles and Seattle Police Departments

Thanks to advances in digital technology, law enforcement organizations increasingly have access to more and better data. Yet there is a difference between acquiring technology and information versus leveraging it to become a &ldquo;learning organization&rdquo; that is &ldquo;skilled at creating, acquiring, and transferring knowledge, and at modifying its behavior to reflect new knowledge and insights.&rdquo;&nbsp;In the case of policing, becoming a learning organization entails using technology and data to understand outcomes, identify what services need to change, and translate that to shifts in officer behavior that will build trust in the community. While this progression is logical, achieving it is extremely challenging because it requires building and integrating an array of systems, asking the right questions and obtaining good data, and creating an organizational culture that is committed to collaborative learning and growth. At the <strong>2022 Public Safety Summit: Leading into the Emerging Future</strong>, representatives from the Seattle and Los Angeles Police Departments shared their journeys and strategies for how they have overcome obstacles and drawn on technology to become learning organizations and deliver better outcomes for their communities.&nbsp; 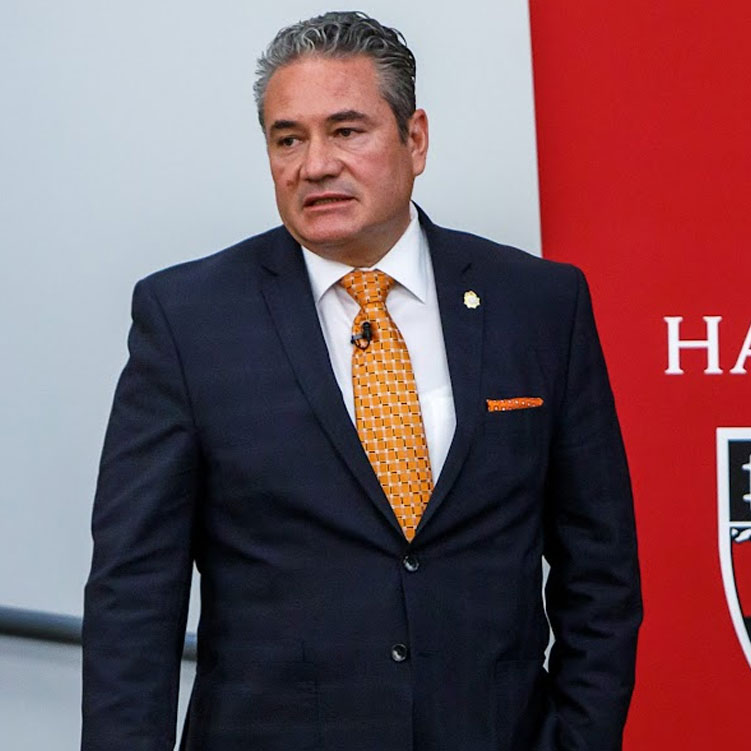 In 2020, the Denver Police Department (DPD) was confronting a challenge. As Chief Paul Pazen noted, DPD had experienced dramatic increases in its workload. Yet the organization had barely grown. This meant that DPD needed to increase efficiency and impact, particularly when it came to responding to mental health-related service calls, which were up 17 percent. Fortunately, the department had a model for success. In 2016, it had introduced a co-responder program that paired mental health workers with police officers to respond to people in crisis. Now, DPD and its partners planned to create the Support Team Assisted Response (STAR), a program that would be integrated into the 911 dispatch system and deploy a mental health worker and a paramedic to respond to a citizen in distress. This would enable DPD to focus on law enforcement and help citizens in need get support. While the approach was logical, implementing the program required addressing difficult questions. How would DPD foster collaborative relationships with mental health providers? How could they leverage data to design and evaluate the program? How would they communicate with diverse stakeholders about the program’s objectives? Most fundamentally, in an environment characterized by enormous stress and increasing pressure on law enforcement, how could DPD and its partners scale the program and achieve better outcomes? 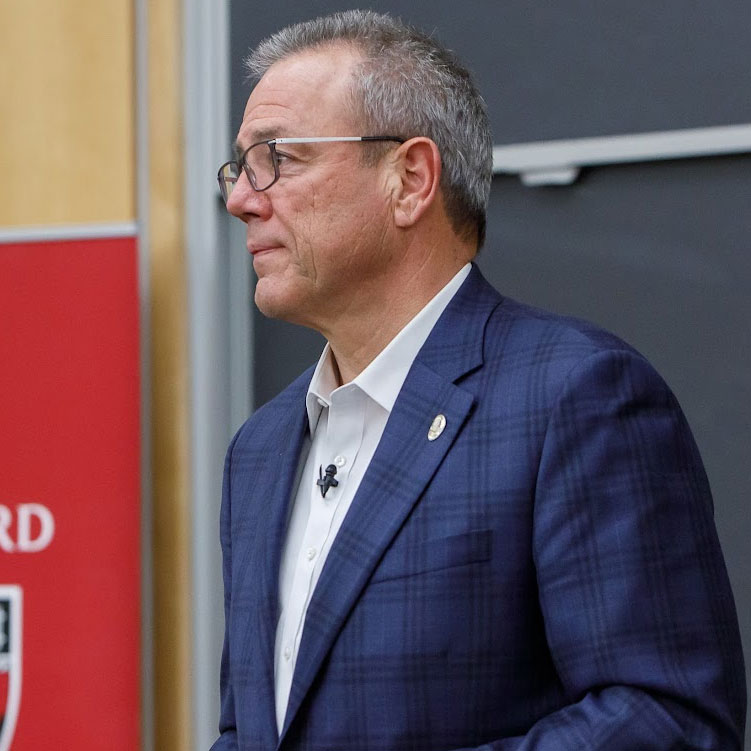 Since joining the Los Angeles Police Department (LAPD) in 1981, Chief Michel Moore has navigated extraordinary change along what he describes as the “arc of policing.” Concretely, this has involved adapting as the department evolved in the aftermath of major challenges, including the Rodney King riots in 1992, the introduction of a federal consent decree in 2001 after the discovery of a chronic series of failures in supervision and command oversight within the department, and increasing unrest in recent years amid a growing political divide. Beyond that, Moore—who became chief in 2018—has watched the department and the field of law enforcement progress toward a more principled and effective form of policing. 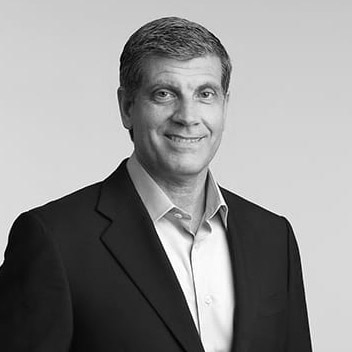 The future-ready organization: A three-part formula

Uncertainty and complexity are here to stay. Create an organizational culture engineered for this future with a three-part leadership formula. 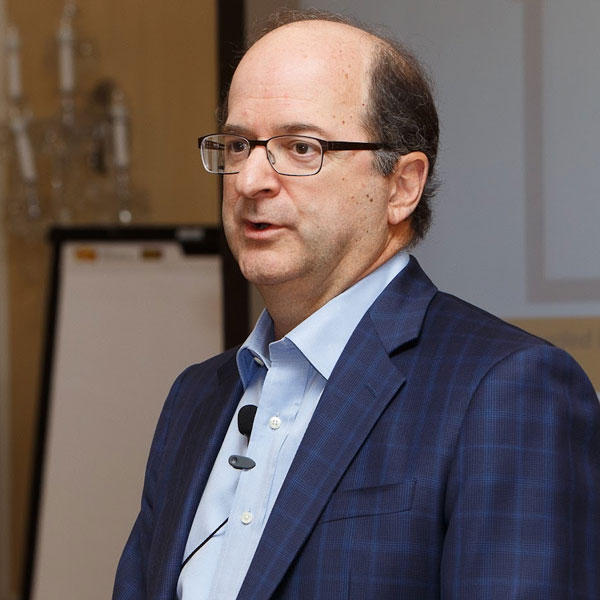 Podcase: Embracing An Activist Culture and The Pursuit of Innovation at Stanley Black & Decker

In today's world, a successful culture is as important as a successful product. Yet how do you build a culture and innovation model to create breakthrough value? How do you learn to recognize your own strengths and weaknesses, before someone else does, and how do you use this knowledge to move your organization forward? 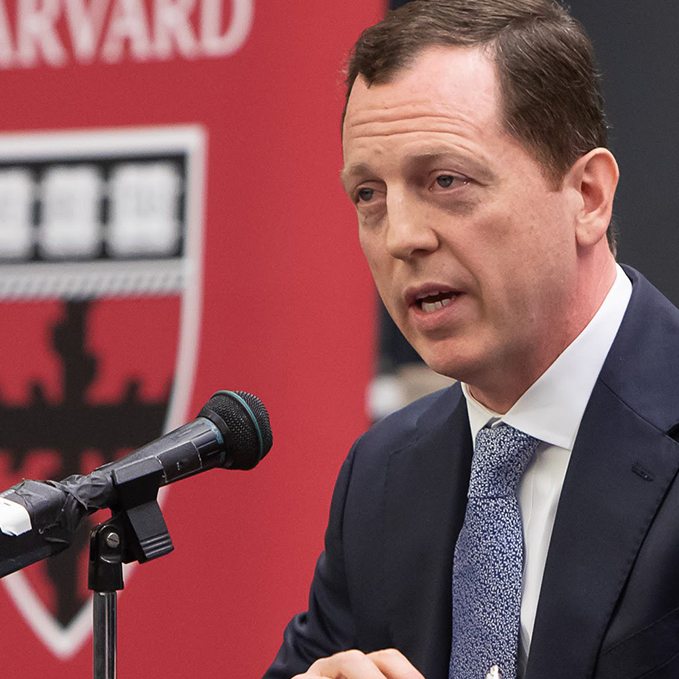 Podcase: Chief Scott Thomson and the Transformation of the Camden Police Department

In this episode of the Chief Growth Officer Podcast, Scott Thomson, former police chief of Camden, New Jersey shares his unique perspective on what it takes to move a policing organization through phases of innovation and change, and how lessons learned can be applied to organizations of all types. 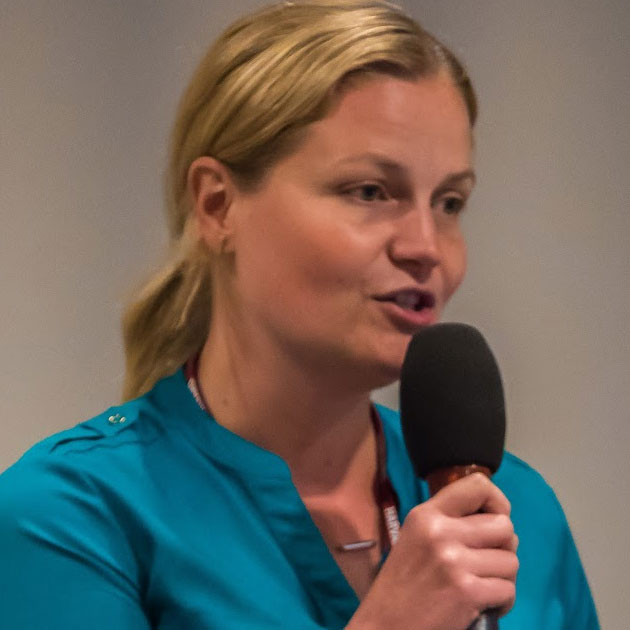 Podcase: Gretchen Beesing and the Past, Present, and Future of Catalyst Miami

Founded in 1995, Catalyst Miami had a multi-pronged strategy to build capacity and resilience and advance social and economic mobility in low-wealth communities in Miami-Dade County. In 2017, in the midst of their strategic planning process, the organization faced a changing landscape and an important pivot point. In October of that year, Hurricane Irma avoided making a direct hit in Miami but triggered extensive evacuations and caused widespread flooding, power outages, and transportation issues that resulted in many people missing work for weeks. Tens of thousands of people living in Miami lined up outside local parks in sweltering heat, hoping to access post-disaster food stamps. This crisis highlighted the threat that climate change posed to Miami-Dade County’s low-wealth communities, the number of people combatting financial insecurity, and the need for an organization like Catalyst Miami. As the organization was increasing in size and stature, the leadership team was reminded of the depth of the problems that Catalyst Miami was confronting, and the critical importance of seizing the moment to answer a set of challenging questions about their future. Among them: How should the organization structure partnerships and reinforce networks with other stakeholders to advance its goals? What changes needed to be made to the organizational culture and evaluation efforts? What should Catalyst Miami do to promote racial equity? How should the organization reinforce its existing efforts to help the community build resilience given the threat of climate change, reflected in part by increasingly severe storms like Hurricane Irma? Most fundamentally, how could the organization help low-wealth Miamians prepare for future storms, literally and figuratively? 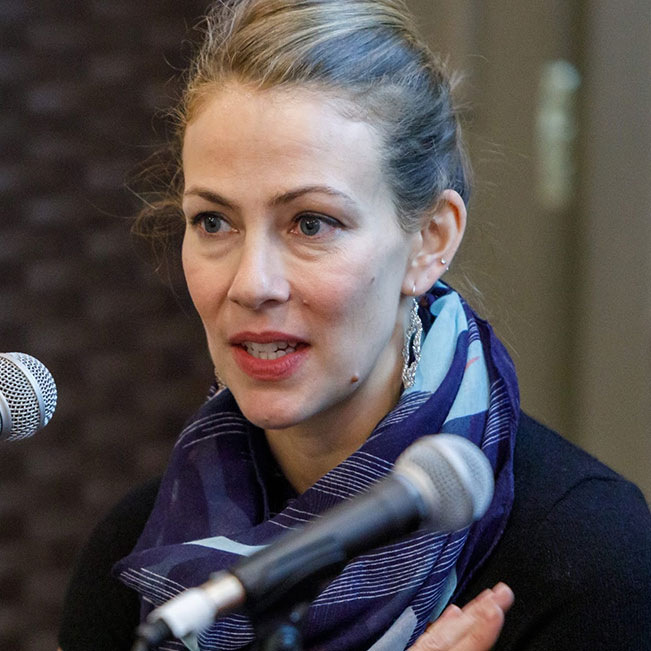 Podcase: Kirsten Lodal and the Story of LIFT

A major pivot in any organization takes time and unwavering commitment. And it takes adaptive leadership to create an environment that can start and sustain transformation. In this podcase, Kirsten Lodal, founder and former CEO of LIFT shares leadership insights on the organization’s transformational journey. 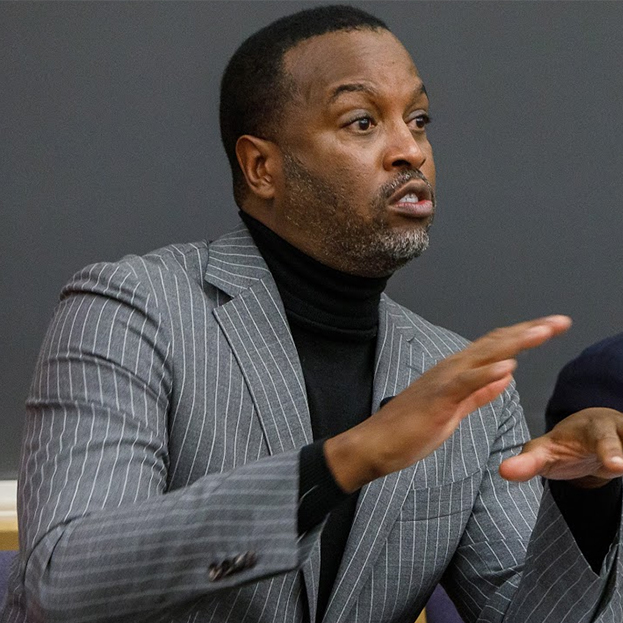 Building a Platform for Equity

The noted poet James Baldwin once said: “Not everything that is faced can be changed. But nothing can be changed until it is faced.” In this spirit, leaders at the Health and Human Services Summit forcefully faced the persistent challenge of ensuring that every individual, every family and every community has equity in health and human services opportunities and outcomes. The resolve in the room was palpable. In fact, 90% of Health and Human Services Summit attendees reported that improving equity in social and economic mobility is extremely valuable in achieving new outcomes, and 39% included ‘racial equity in opportunity and outcomes’ as one of the field's biggest drivers of change.

© 2022 Leadership for a Networked World. All Rights Reserved.