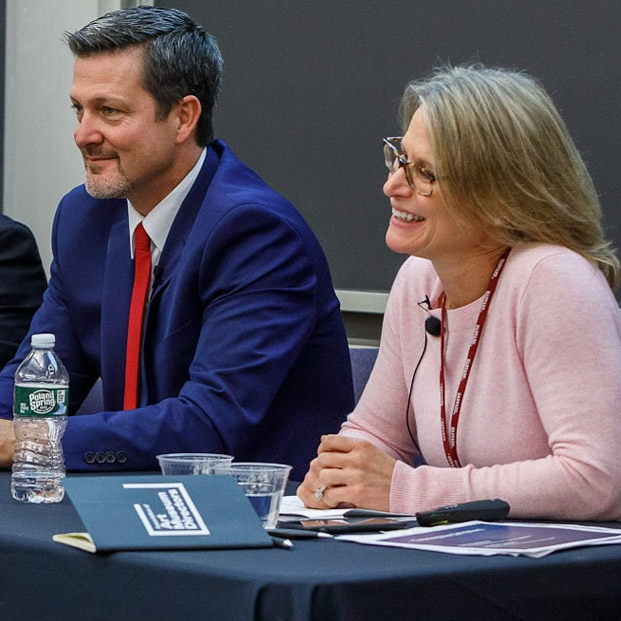 Pathways to a Brighter Future: Fixing the Cliff Effect

The United States is a land of opportunity – a country that prides itself on the promise that if you educate yourself and work hard, you’ll achieve prosperity. Yet what happens when policies and systems impede progress and blunt the promise for people most in need? According to analysis and insights from across the nation, this impediment to social and economic mobility is pervasive, and it’s called the “Cliff Effect.” 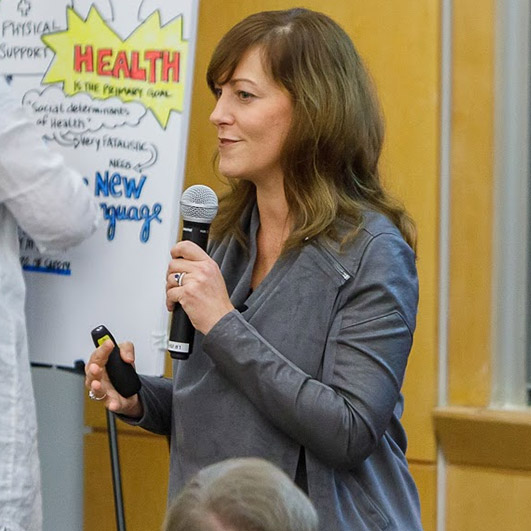 The Office of Healthy Opportunities: Moving Upstream in Indiana

For Fiscal Year 2018, the state of Indiana’s Medicaid budget was a whopping $11.8 billion. Despite its investment, Indiana struggles with its health outcomes: for example, it places 44th in the nation for adult smoking, and is 7th worst in the country for its rates of infant mortality. These statistics have plagued Indiana in recent years and were recognized as a detriment to the future growth of the state. 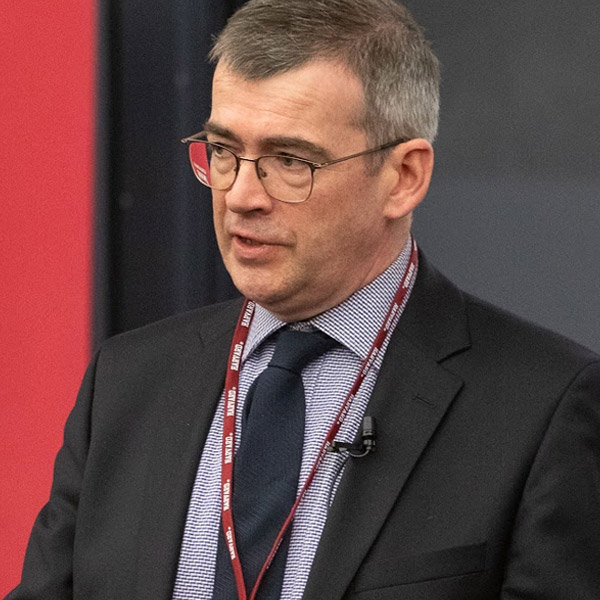 Soon after Drew Harris was appointed the new Commissioner of An Garda Síochána in June 2018, the Justice Minister of Ireland announced a four year plan to implement recommendations from the Commission on the Future of Policing in Ireland. Numerous scandals had beset the Garda in recent years, and the Commission had determined that the Garda was in need not just of reformation, but total transformation if it were to become the world-class police force it aspired to be. Less than a year into the job, Harris was tasked with leading this transformation. 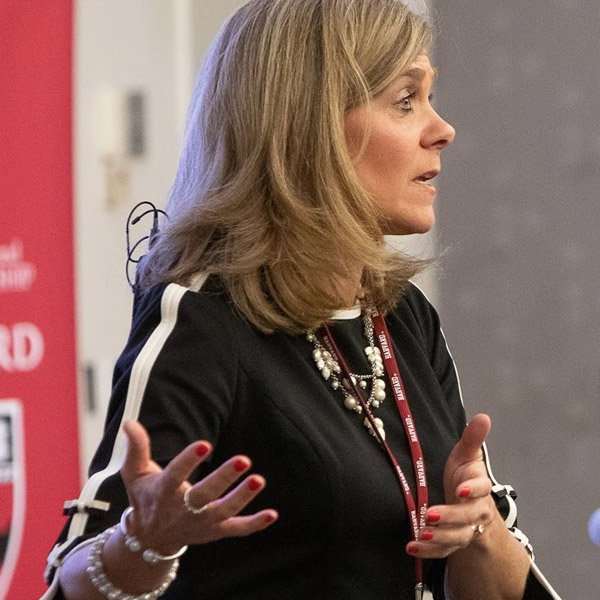 Police Chief Medaria Arradondo of the Minneapolis Police Department will tell you that culture is like an iceberg: It hides more than it reveals. This is something that he, Deputy County Administrator Jennifer DeCubellis of Hennepin County, Minnesota, and other members of city and county leadership learned as they worked to reinvent their community’s approach to criminal justice. 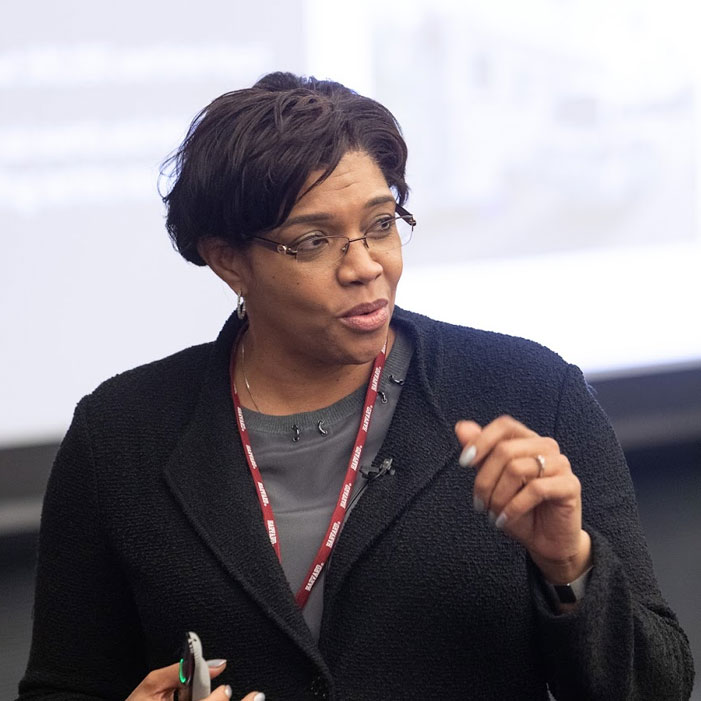 Jeri Williams knows how it feels to be treated like an outsider in her own city. Williams is a born-and-raised Phoenician, and she served with the Phoenix Police Department for 22 years before leaving to become Police Chief of Oxnard, California, but when she returned to become Phoenix’s first female Police Chief in 2016, some were concerned that she might try to transform the department the way one outsider before her had attempted. Part of Williams was offended at the thought, but she also saw where the fear was coming from: The Department was $4 million over budget every month, severely understaffed, and over 50% of the staff it did have was eligible to leave. In short, the Department needed change and everyone knew it. The problem was too few were willing to take the first step. 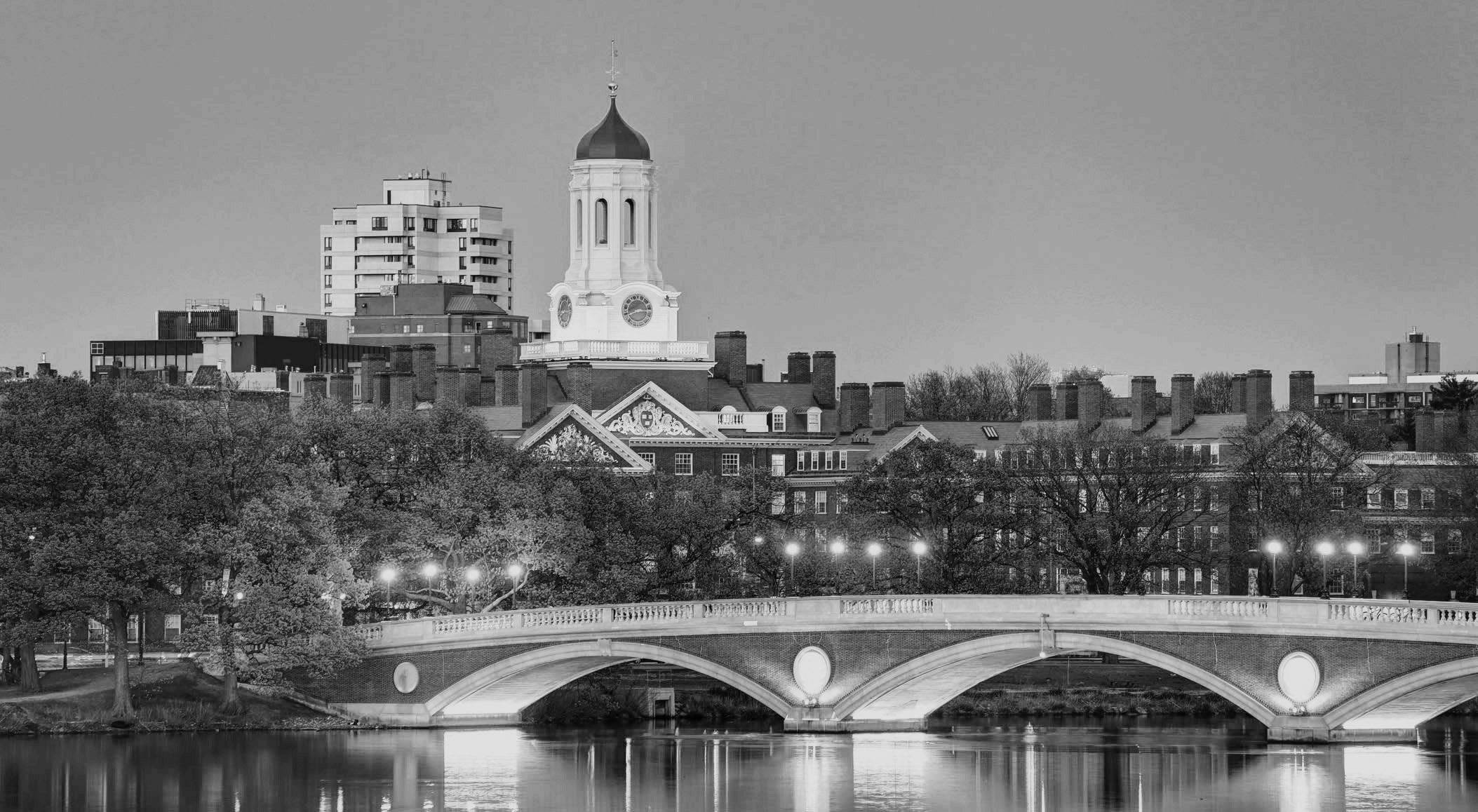 Protecting Safety, Health, and Hope: The Future of Policing and Human Services Collaborating on Outcomes 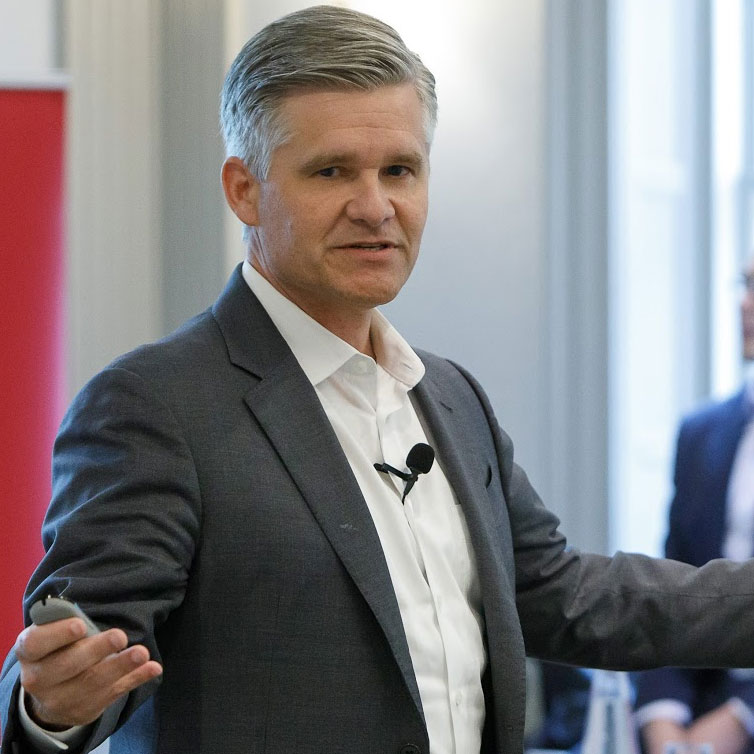 Many call the supercenter the greatest retail invention in the world, but Brett Biggs, Wal-Mart’s CFO, is one of the first to admit that the landscape has changed markedly since the first Wal-Mart supercenter opened in 1988. Despite these changes, Biggs and the rest of the executive team have ensured that thecompany stays relevantand they continueto innovate beyond expectations.Recently, Biggs shared his learning and insight at Leadership for a Networked World’s2019 CFO of the Future Summit, which focused on Value at High Velocity. 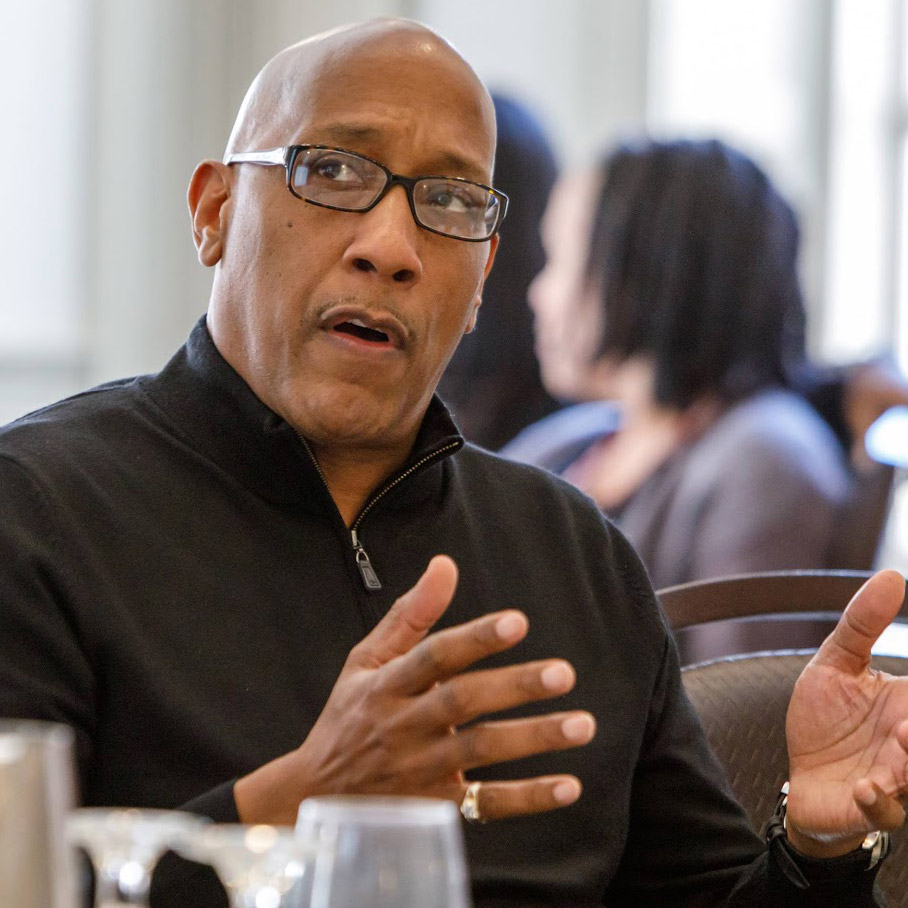 Located in the heart of West Baltimore, Center for Urban Families (CFUF) serves an area that is beset with significant poverty, crime, and racial inequity. Founded in 1999 with a mission to “disrupt poverty,” CFUF has served more than 28,000 members, placed 3,779 members in full-time jobs from 2010 through 2016, and touched nearly 62,000 children whose parents were CFUF members. The organization has received national attention for its work, hosting President Barack Obama in 2013. During the visit, the President spoke about his upbringing without a father and lauded the fathers there for working with CFUF to change their lives. “For your sons to see you taking this path,” the President said, “that’s going to make all the difference in the world.” 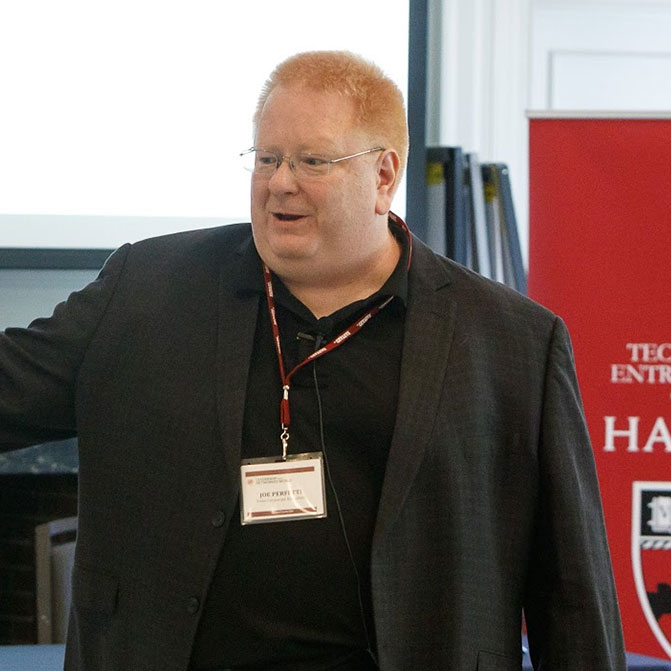 For CFOs, Gray is the New Black and White: Risk in an Agile World

CFOs today must embrace ceaseless change. The average company in the S&P 500 will be on that list for just 12 years by 2027. That is half of what it was in 2012, and about one-third of what it was in 1964. The downward trend line is unmistakable. Darwin was right, as Perfetti observes. Survival of the fittest is alive in well in today’s corporate world. And only the fast survive. 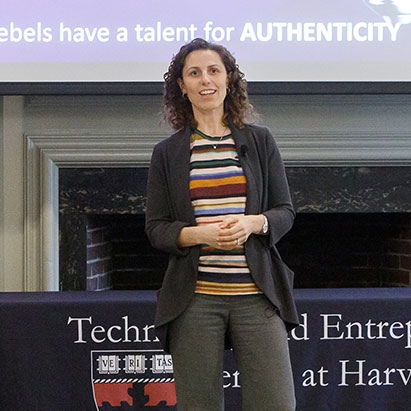 Having spent more than a decade studying rebels in unexpected places, Tandon Family Professor of Business Administration at Harvard Business School Francesca Gino joined the CFO Summit to share what she learned, applying it to the evolving role of the CFO. This article is inspired by and reflects some of the themes of her presentation.