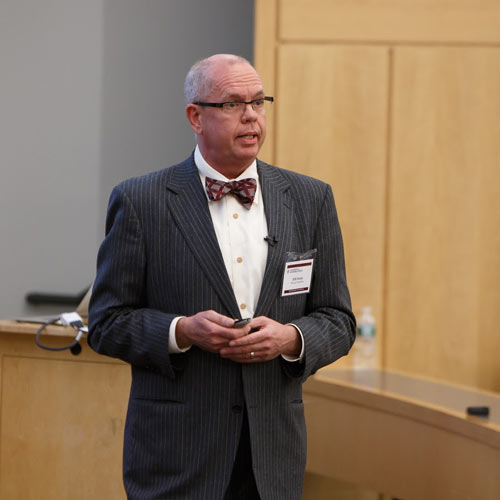 The average U.S. citizen lives into his/her late 70s; the life expectancy for a person with a mental disorder is 66; and if someone has a mental disorder and is a Medicare or Medicaid beneficiary, that citizen is only expected to live to (roughly) the age of 55, on par with someone in sub-Saharan Africa. To Dr. Joseph Parks, the director of Missouri’s HealthNet Division (the state’s Medicaid organization), this is “an appalling emergency” and is emblematic of a foundational problem: the U.S. health care system “depends almost entirely on the person who’s sick.” People must identify when something is wrong and determine whom to see. For people with serious mental health problems or chronic medical conditions, the results of this setup can be catastrophic. 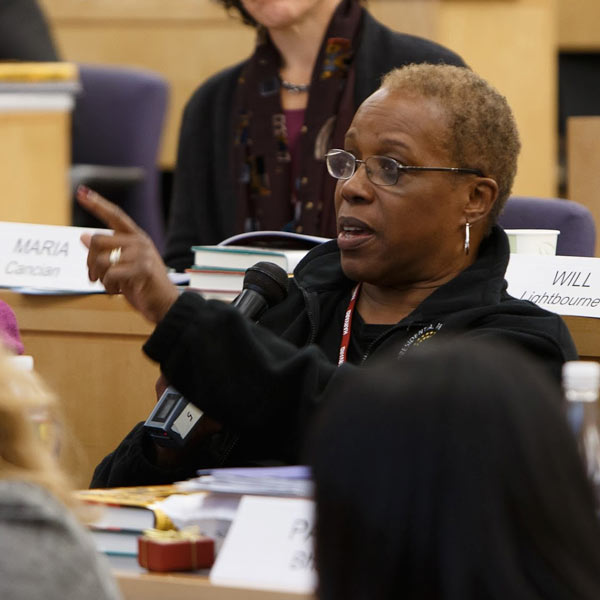 In 2007, the board of directors at Four Oaks—a non-profit child welfare, juvenile justice, and behavioral health agency in Iowa—was excited and concerned. Founded in 1973 to serve ten children in Cedar Rapids, a city in eastern Iowa, the agency was enjoying a decade in which its budget nearly doubled, and it was serving almost 14,000 clients in more than a dozen cities across the state. Nevertheless, the board was troubled by something more foundational: it had no way of knowing whether the organization was fulfilling its mission of “assur[ing] that children become successful adults.”

Moving Up the Human Services Value Curve: The Adaptive Challenge

In this following excerpt from the 2015 Human Services Summit Summit report, we share insights from a discussion led by Dr. Ron Heifetz, Founder of the Center for Public Leadership at Harvard Kennedy School, around the different leadership challenges at each level of the Human Services Value Curve. This discussion revealed that these challenges become increasingly “adaptive” and cannot be resolved through authority and change management alone. 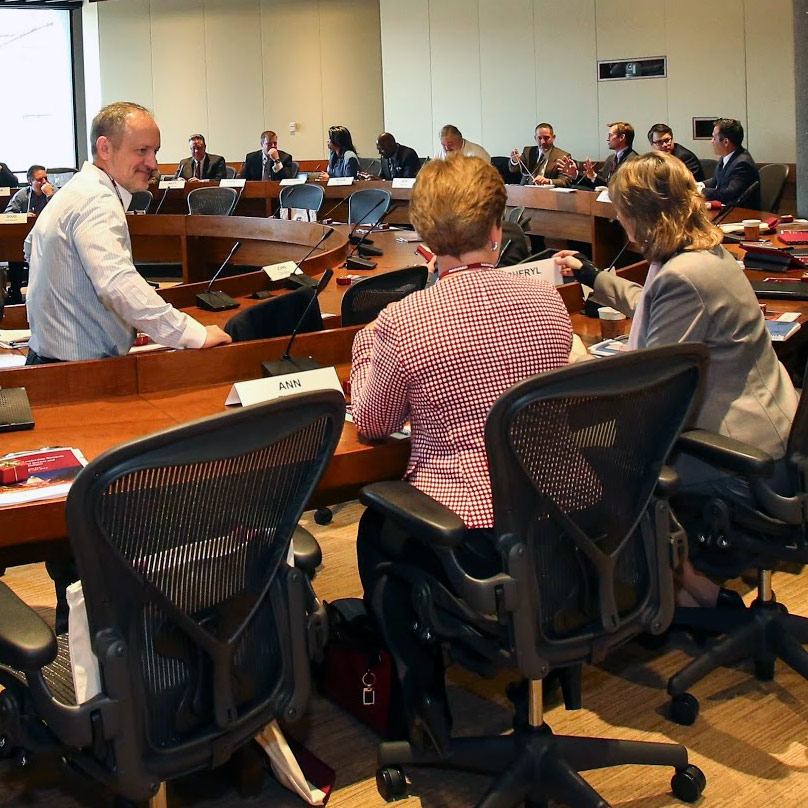 Mobilizing for Shared Services and Digital Strategies: Insights from the 2015 Federal Leadership summit

Federal agency leaders are innovating at an unprecedented pace. Strategies such as shared services, advanced analytics, cloud-based computing, and digital services have increased efficiency and effectiveness. And yet, when we consider the largely untapped potential of shared services, new opportunities for digital transformation, and fulfillment of the President’s Management Agenda—especially per the DATA Act—it becomes clear that agency leaders must mobilize for the future of such capacity-building models and initiatives. To help federal leaders create a shared vision and plan of action for growing shared services and digital strategies, Leadership for a Networked World and the Technology and Entrepreneurship Center at Harvard, in collaboration with Booz Allen Hamilton, convened senior leaders for The 2015 Federal Leadership Summit: Mobilizing for Shared Services and Digital Strategies. Leaders at the Summit collaborated with their peers in federal government, Harvard faculty, and select industry experts to develop their individual and collective strategies for advancement. 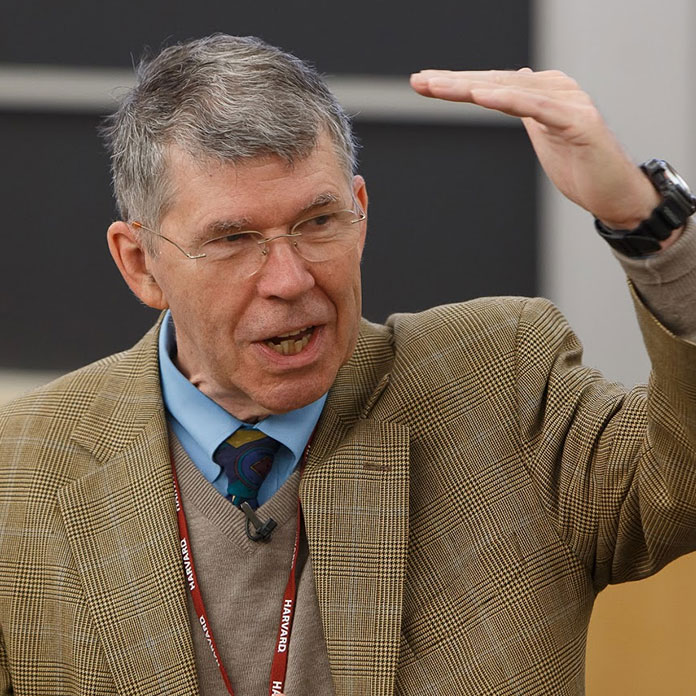 What if there were a way to prevent criminal behavior, mental illness, drug abuse, poverty, and violence? What if we had evidence-based interventions to ensure that young people grow into caring and productive adults? What if we had new strategies to cultivate the skills and values people need to deal patiently and effectively with others’ distressing behaviors? During this session, Dr. Biglan draws from a lifetime of new research on behavioral science to put forth a bold new plan to help solve many of the very real social problems facing our country. He will share research demonstrating how nurturing environments can increase people’s wellbeing in virtually every aspect of our society, from early childhood education to corporate practices. He considers lessons human services leaders can apply to efforts to prevent many of the psychological and behavioral problems that plague our society. Participants engaged in a dialogue about how to transform our practice models to move to prevention over time, establish new outcome metrics, and translate lessons of the nurture effect into action.

As you pour your first coffee of the day the phone rings. It’s the call you were worrying about. The governor’s chief of staff urgently needs your support to move funding for a program through the legislature. “This program is important to the governor, and it’s key to our goal of safer neighborhoods – you see that, right?” she asks.

How to Lead a Transformation

Are you beginning to feel hazy on the difference a "innovation" and "transformation?" You're not alone. With so much hype around these terms they can start to lose their meaning, and even seasoned leaders can get confused trying to make a plan. Amid the noise, however, exist powerful examples. This article, "How to Lead a Successful Transformation," written for Policy & Practice magazine by LNW executive director Antonio Oftelie, explores the difference between innovation and transformation, and delves into a model leaders follow for success.

Leadership and Convergence – Past, Present, and Future

One of Abraham Lincoln’s last acts was to establish The Bureau of Refugees, Freedmen, and Abandoned Lands. The Freedmen’s Bureau, which it was commonly called, was charged with a vast array of social, medical, legal, and educational services for 4 million emancipated slaves . Despite the unending demands, unfunded mandates, unwieldy administration, and unrelenting opposition from entrenched interests, the Freedmen’s Bureau racked up great results. Over its seven- year run, the organization treated half a million patients, distributed 21 million rations, made loans for thousands of businesses, built more than 1,000 schools in the South, and educated more than 150,000 children. Perhaps most importantly, the Freedmen’s Bureau paved the way for the Fourteenth and Fifteenth Amendments to the U.S. Constitution. 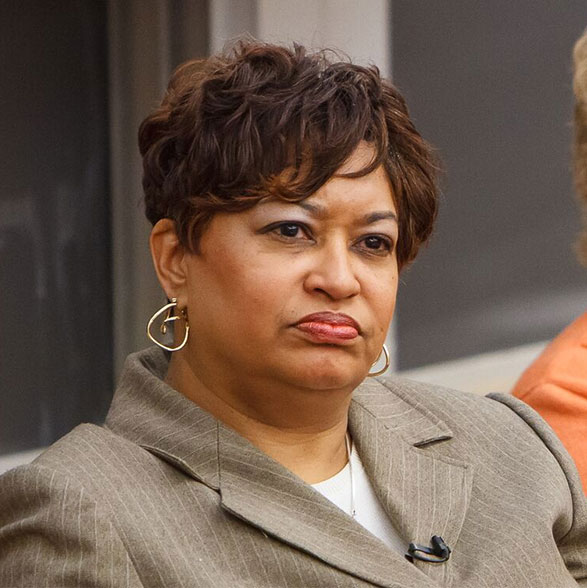 Matrix Human Services, a non-profit human services provider led by Dr. Marcella Wilson, set out to create and implement a national model of care without new legislation or policy change. This model would be scalable, sustainable, measurable and integrated into existing funding streams across various silos. It would unite systems and provide holistic services that would help clients achieve self-sufficiency. 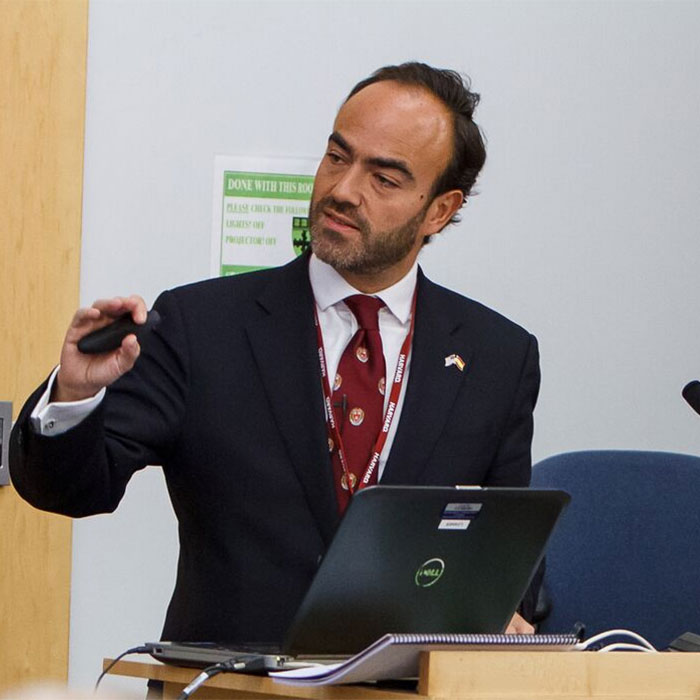 Catalyzing Change: The Case for Reform in Spain

During the last 50 years, Spain built one of the most successful welfare systems in the world. Highly regarded by its citizens, the system offered top-quality health services, support for workers who had lost their jobs and free, compulsory education. Fast-forward to 2008 and the economic crisis. Suddenly there was a dramatic imbalance in the system. With unemployment levels around 26 percent, an aging population, greater demands on the pension system and severe banking issues, this successful model was put at risk.